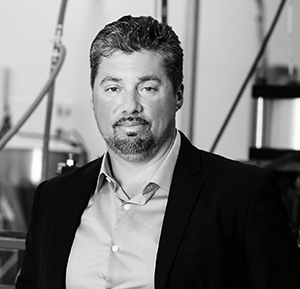 Dr. Leise has earned five degrees, AAS, AAS, BS, Ph.D. and MBA, all with honors. He is an Airborne and Air Assault certified decorated combat veteran who served as an Air Assault attack helicopter squad leader and crew chief. He gives back to the community as a coach and has served on the Sarasota Junior Football Association board for five years and has led that organization as its president for three years.

Dr. Leise also participates on advisory Biotech and Entrepreneur committees for SCF. As the CEO/President/CSO of Sarasota Medical Product, he moved SMP from a start-up idea to a Florida company to watch in 2018. The transition of SMP was a multi-stage evolution to get to where it is today. Initially, he was the first investor into the idea of a private label Ostomy and wound care company but took control as the idea started to turn. He discovered how to make a hydrocolloid adhesive that could be removed by stretching and breaking the adhesive bonds to itself.

During this process, he observed and discovered a way to make moldable and stretchable adhesives that swell and seal as it absorbs liquid. Most importantly, he developed a completely novel, non-silver, antibacterial hydrocolloid for wound care, and Ostomy care. Today, SMP sells to over 20 brands, develops and manufactures skin-friendly adhesives that are custom designed to meet the features and benefits their customers’ wish to bring to patients.

Michael has been with Sarasota Medical Products for approximately 8 years working as a product designer and developer. He is a goal-driven team player and dedicated professional that has been recognized for his contribution in designing tools, prototyping, and producing final products. Michael is a key player in providing exceptional products for our partners and excels at working with staff at all levels.

Wendy started at SMP in February of 2018 manufacturing several Ostomy products. In July, she was promoted to Manufacturing Supervisor specializing in the manufacturing of ostomy powders, paste, deodorants and pouches. Wendy also has previous experience as a Director of Operations in which she proved to be a team leader in day-to-day operations. In her own words, “I feel privileged and proud coming to work every day with such great team members. I look forward to a growing company and what the future holds for all of us here at Sarasota Medical Products.

Victor has been with Sarasota Medical Products since July of 2013. He is experienced in working as a machine operator and has worked as a Production Supervisor since July of 2019 overseeing the hydrocolloid production­­­­. Victor is a dedicated team leader and looks forward to the bright future SMP has to offer.